In the last article I focused on the road that led to Brazil’s current political, economical and social situation. Now the country is faced with two options for its top leadership that aren’t remotely similar. The country, as mentioned previously, is deeply divided. The fissures of this clash of ideas threatens the very fabric of Brazilian society. The two sides not only are seemingly irreconcilable, they have also devolved into a quasi tribalistic team-mentality, that resorts more often to name-calling than actual substantive discussion of the challenges at hand. If you support leftist policies, you are immediately labeled a communist. If you support a more conservative agenda, you are promptly branded as a fascist. There is no middle ground, there is only far-left or far-right.

And these cleavages run through nearly every segment of Brazilian society. According to a poll by Ibope[1] (Brazilian Institute of Public Opinion and Statistics), one of Latin America’s largest market research providers, the right-wing candidate Jair Bolsonaro underperforms when it comes to the female vote, older voters (over 55 years of age), income between one and two minimum wages (between €225 and €550 a month[2]), those who didn’t graduate from middle school, non-evangelicals and African-Brazilians. However, by underperforming it is meant that Bolsonaro was not the candidate of choice for more than 50% of the interviewees, although he remains in first place. The only groups, in which he actually loses to his opponent Hadad from the Worker’s Party (PT), are among the poorest, meaning those who make less than one minimum wage (€225[2]), the much less educated, meaning those who didn’t finish elementary school, and voters in the northeastern region of the country (perhaps not surprisingly where 55% of Brazil’s abject poverty is concentrated). There is a large disparity in voting behaviour between the extremes. The research evidentiates that the richer, the better educated, the whiter and the more evangelical one is, the more likely he/she (but mostly he) is to vote for Bolsonaro. 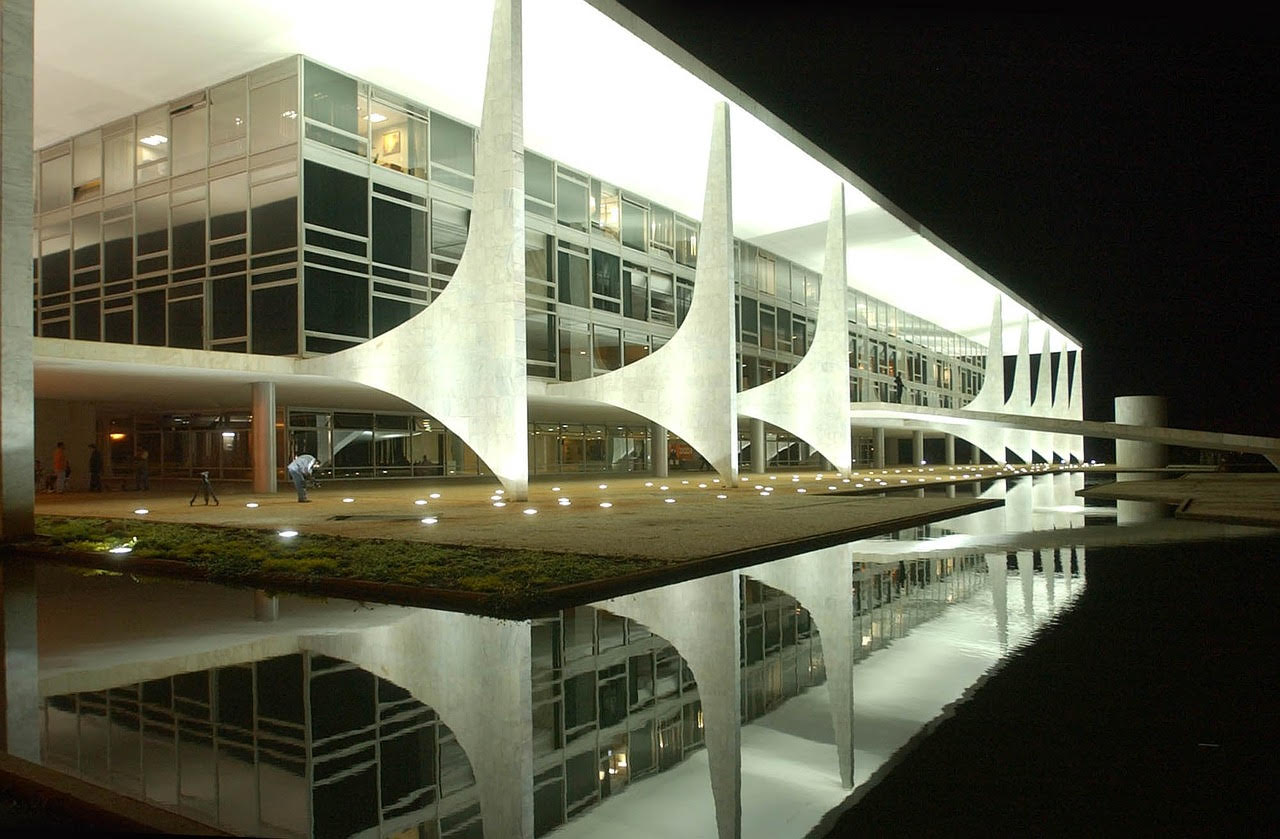 Planalto Palace, the official office of the President of Brazil, in the capital Brasilia

Though Bolsonaro has served as a federal lower house member since 1991, many still perceive him as an outsider. For one, he has largely remained untouched by the political turmoil caused by Operation Car Wash, that rocked the Brazilian political establishment to its core. Second, much like Donald Trump, he often says things that are considered unusual, politically incorrect and sometimes blatantly offensive. He once stated that he would rather have a dead son than a gay son, that he was strong the 4 first times he had sons but the 5th time around he got weak so he had a daughter, that he is in favor of torture and that the military dictatorship in Brazil did not kill enough. It must be noted that many of his offensive statements were made years, if not decades, ago. In the last few months he has made statements that contradict the narrative that he is homophobic, misogynistic or racist, however that in and of it itself could be classified as electoral pandering.
Perhaps more consequentially for the election, he has stood for the possession of firearms by the general populace, he has supported the increase of penalties for criminals and corrupt politicians, extinction of benefits for convicted felons (e.g. financial help for their families, conjugal visits, temporary leave of prison during holidays) as well as more leniency towards police violence. He has defended a more liberal economic stance while also promoting more conservative social policies. He has criticized the inclusion of homosexuality in sexual education and has defended the inclusion of religion and military procedures in public schools. He also supports the voluntary chemical castration of rapists in exchange for sentence reductions.
These are only a few of the aspects that explain why his rhetoric and policies resonate in a crime-ridden, corrupt and ailing Brazil. The people see in Bolsonaro a sort of PT antiserum. A political figure that will rid Brazil of the corruption and failed policies of the PT era that put the country on the path to ruin, analogous to its neighbor Venezuela.

After former President Lula was incarcerated and therefore not legally allowed to participate in the elections, Bolsonaro quickly took the number one spot in the polls. PT’s answer was to nominate Fernando Haddad, the former mayor of Brazil’s largest city São Paulo, as their presidential candidate. He was also the education minister for much of the PT’s governments. As Mayor he neglected healthcare leading to a 63% increase in the number of patients waiting for treatment[3] and he himself was denounced by the State of São Paulo’s attorney’s office for corruption, money laundering and conspiracy to commit crime. His policies regarding corruption and violence are, among others, to call for a new constitution, restructure the judiciary and set free convicted felons, who didn’t commit a violent crime. 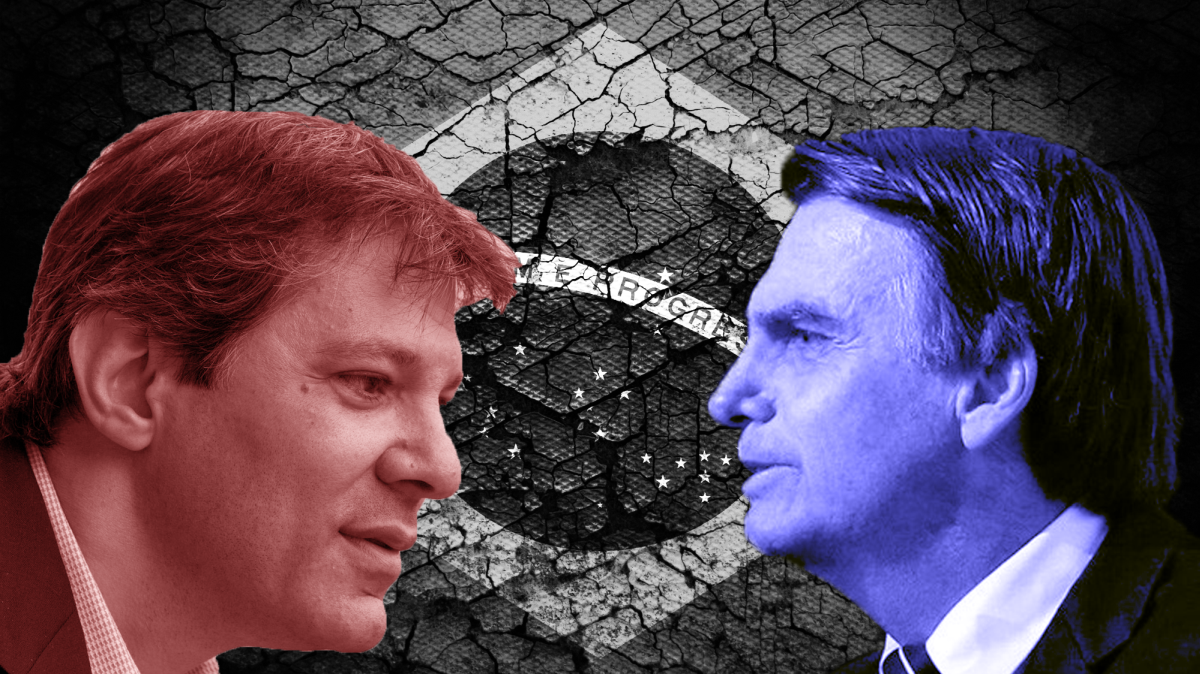 When considering that the areas that most concern Brazilians are healthcare, violence and corruption, it is not hard to understand why in the first round of the presidential elections Bolsonaro ended only 4 percentage points shy of securing the required 50% of votes to win the Presidency. Since he didn’t, a second round between him and Haddad, who ended in second place with 29%, will take place on October 28th 2018.

Brazilian politics and political discourse have become very tribal and polarized. Nuance has been killed and buried a long time ago.

People stopped defending policies or ideologies, they now defend teams. But what has completely escaped the understanding of PT, its supporters and anti-Bolsonaro voters is that pointing fingers and calling the other side fascist every time they express their grievances will not take them very far. PT is trying to frame this as a fight between democracy and autocracy, between good and evil. But they can’t do that while they are seen as the root of Brazil’s problems. They can’t be both cause and solution. In this limited rhetorical arena that is Brazilian political discourse the notion that “the enemy of my enemy is my friend” has never rung truer in the ears of many voters. As long as PT and its supporters keep pushing Bolsonaro (and particularly his potential voters) towards the extremes and keep painting him as a radical autocrat, they are only confirming the suspicions about their own party in the eyes of most of the Brazilian population. That this is not a fight between democracy and fascism. This is a fight between order and crime, between progress and corruption.

Brazilian Elections 2018: What does it mean for the EU?

Brazilian Elections 2018: What does it mean for...