The Status of Jerusalem

Image source: The City of Jerusalem by Tarek Bakri

On December 6, the President of the United States, Donald Trump broke the seven decades of US policy on Jerusalem and officially announced the recognition of Jerusalem as the capital of Israel. Moreover, directed the state department to start the transfer of the US Embassy from Tel Aviv to Jerusalem. This Decision is not the first. According to history; the United States implemented several acts that arguably violate the basic right of Palestinians to self-determination as well as international conventions.

In 1948 the United States officially recognised Israel as a State, although the occupied Jerusalem wasn’t part of this Decision. In 1995 the US Congress published the so called “Jerusalem Embassy Act of 1995” which calls for the transfer of the US Embassy from Tel Aviv to Jerusalem before May, 1999. However, the act included a provision allowing the US President to sign “a six-month waiver if they deem it necessary” to protect the national security interests of the United States.

Every administration, Since the Bill Clinton presidency, has continued to sign the waiver every half year, despite promising during their presidential campaigns to move the US embassy to Jerusalem. Regardless, Trump ordered the state department to start the preparations of the transfer of the Embassy, he also signed the waiver for another 6 months. This was supposed to give the engineers and architects enough time to prepare the new Embassy.

According to the International community, the Hague Convention of 1907 and the Geneva Convention of 1949 all the actions taken by Israel in Jerusalem are void and have no legal effect. According to the United Nations resolutions, the Israeli occupation could not arrange any rights or native sovereignty implications of the Palestinian people, because the occupation is not entitled to transfer sovereignty over Jerusalem to the occupying power, for temporary and limited-term.

The legal status of Jerusalem rests upon the General Assembly’s resolution 181 of 1947[1] which Israel relies on in order to proclaim the legality of its State. Shortly after, and as a result of the 1948’s war, the division of Jerusalem into “West” and “East” was set. Israel occupied the western part of Jerusalem while Jordan, expanded its jurisdiction to east Jerusalem. In the same year, the UN General Assembly issued another resolution reaffirming the international status of Jerusalem. However, in 1950 Israel ‎‎‎‎declared‎‎‎‎ Jerusalem (West and East) its capital and moved on to establish its government agencies in the western part, in violation of intern‎‎ational laws.[2] 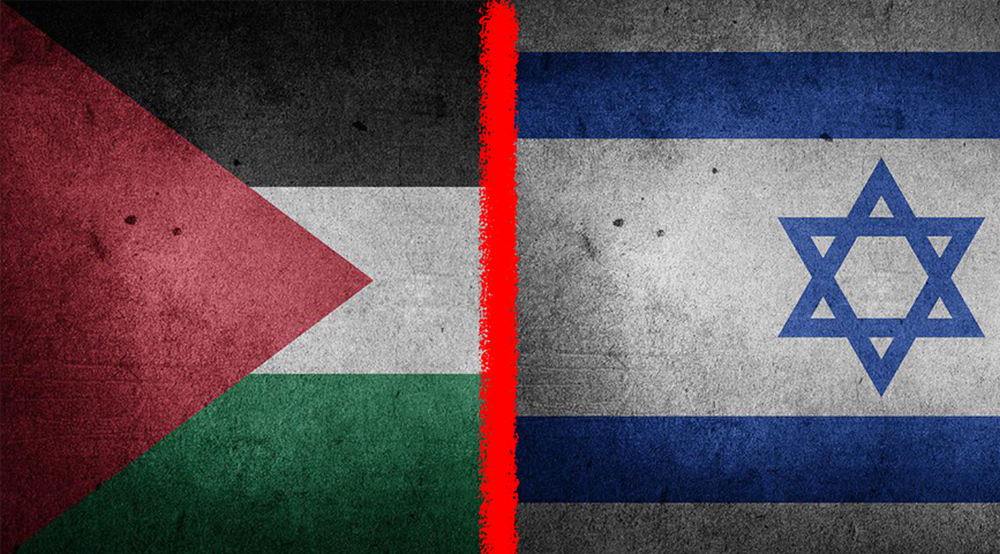 Israel enacted the “Basic Law: Jerusalem, Capital of Israel” in 1980, while the UN Security Council adopted and issued the 476 and 478 resolutions, which declared that the law is “null and void”. It called Israel, the occupying power, to tolerate the binding resolutions and international law. The Security Council ordered the (states that their diplomatic missions in Jerusalem should be withdrawn?). The status of the occupied Jerusalem has been the concern of several UN bodies and International Organisations. Security Council Resolutions 242, 250, 251, 252, 267, 271, 446, 1435,  2334 all called upon Israel to stop its occupation of the West Bank, East Jerusalem and Gaza. Further, the General Assembly has adopted hundreds of Resolutions confirming the importance of the fourth Geneva Convention, refusing any Israeli sovereignty over the occupied territories and supporting the fact that Israel’s rule on East Jerusalem is nothing but a military occupation. 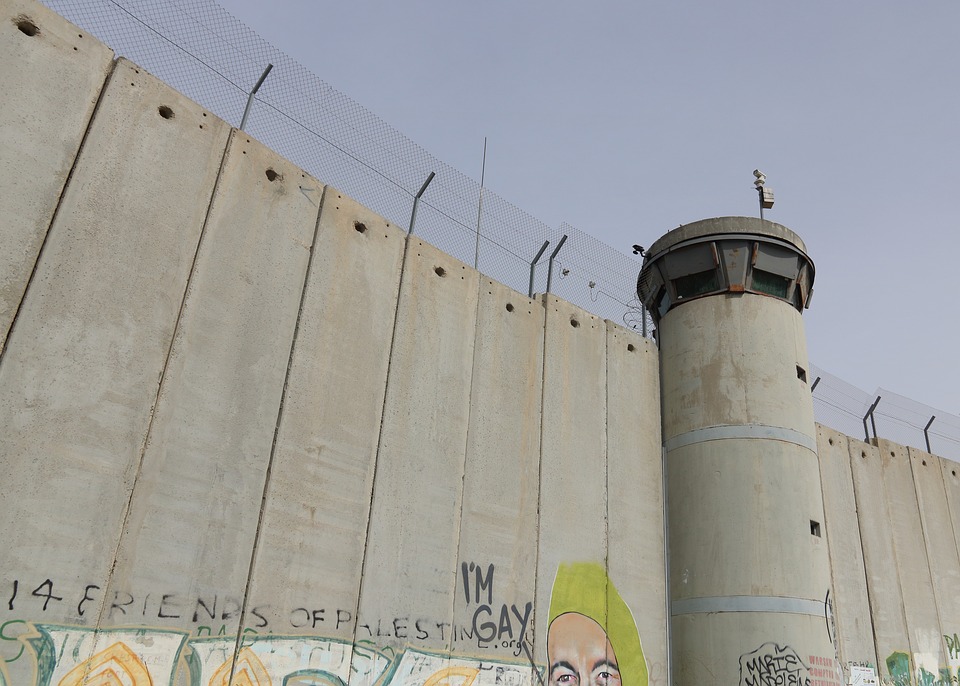 The Border seperating Israel and Palestina

Trump’s speech and decision about Jerusalem in accordance to the US law, is based on the Jerusalem Embassy Act 1995, which declares that Jerusalem is the Capital of Israel. And thereby, he recognized the “undivided and united” Jerusalem as the capital of Israel. The Embassy act and the recognition violate International laws. The US Supreme Court stated that “the status of Jerusalem should be decided not unilaterally but in consultation with all concerned, or otherwise a unilateral declaration is damaging to the cause of peace and, therefore not, in the interest of the United States”.

The international Court of Justice in an Advisory Opinion in 2004 made the status and the position of Jerusalem clear by stating and reaffirming the illegality of Israel’s apartheid separation wall and settlements; as Israel was bound by the fourth Geneva Convention. Moreover, the Court and Human Rights treaty bodies such as the United Nations Human Rights Office of the High Commissioner, the Committee on Economic, Social and Cultural Rights, and the Convention on the Elimination of all Forms of Discrimination Against Women; made it clear that Israel has the obligation to apply Human Rights Law in the occupied territories. 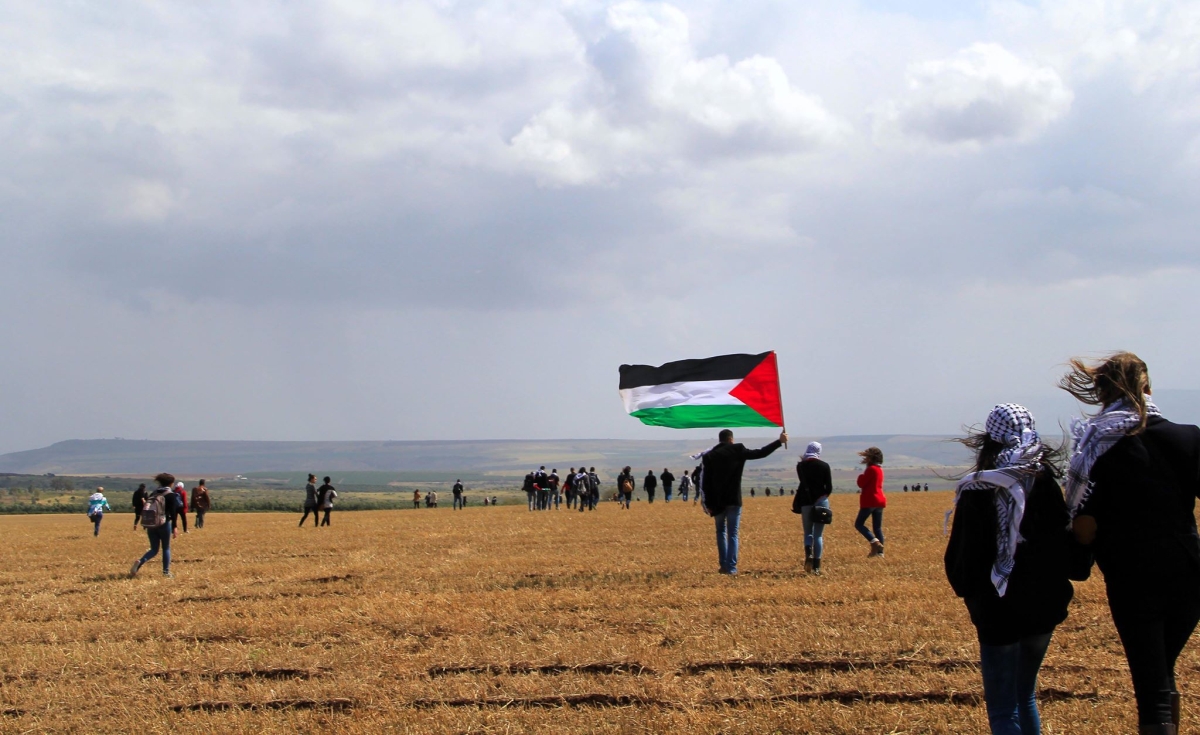 Donald Trump’s recognition violates the rights of the Palestinians to security, housing, freedom of movement, to water and sanitation. Therefore, the rights of the Palestinians are threatened by the discriminatory and unlawful acts taken by Israel. As a consequence President Trump is helping Israel to secure these violations as his decision is nothing but a provocation to the integrity of international law institutions.

[2] Arab Center for Research and Policy Studies, “Trump’s Decision to Announce Jerusalem as the Capital of Israel: Motives, Implications, and Prospects”, December 2017.

Yara Naser Aldin was a participant at BEF 2018