New South Korean president, Moon Jae-in, is at the center of a major North Korean diplomatic policy shift. Talks on the peninsula have the potential to change the political fault lines of the world’s largest nuclear powers. North Korean dictator, Kim Jon-un, contacted his long time Southern rival and the United States to discuss the North’s growing nuclear arsenal and sanctions. Recently, the UN imposed tough isolating measures that have further isolated the rogue North. World leaders are welcoming the change, however a diplomatic miss-step in world’s most volatile region could threaten international stability for years to come.

Questions remains, namely did Kim Jong-un chose a diplomatic solution due to strict UN sanctions as President Trump claims? Or is the dictator emboldened by his declaration of a nuclear weapons program capable of targeting both Europe and the US with nuclear ballistic missiles.

With the prospect of talks on the horizon, North Korea remains defiant as they recently activated a nuclear reactor with the potential to produce weapons grade Plutonium. 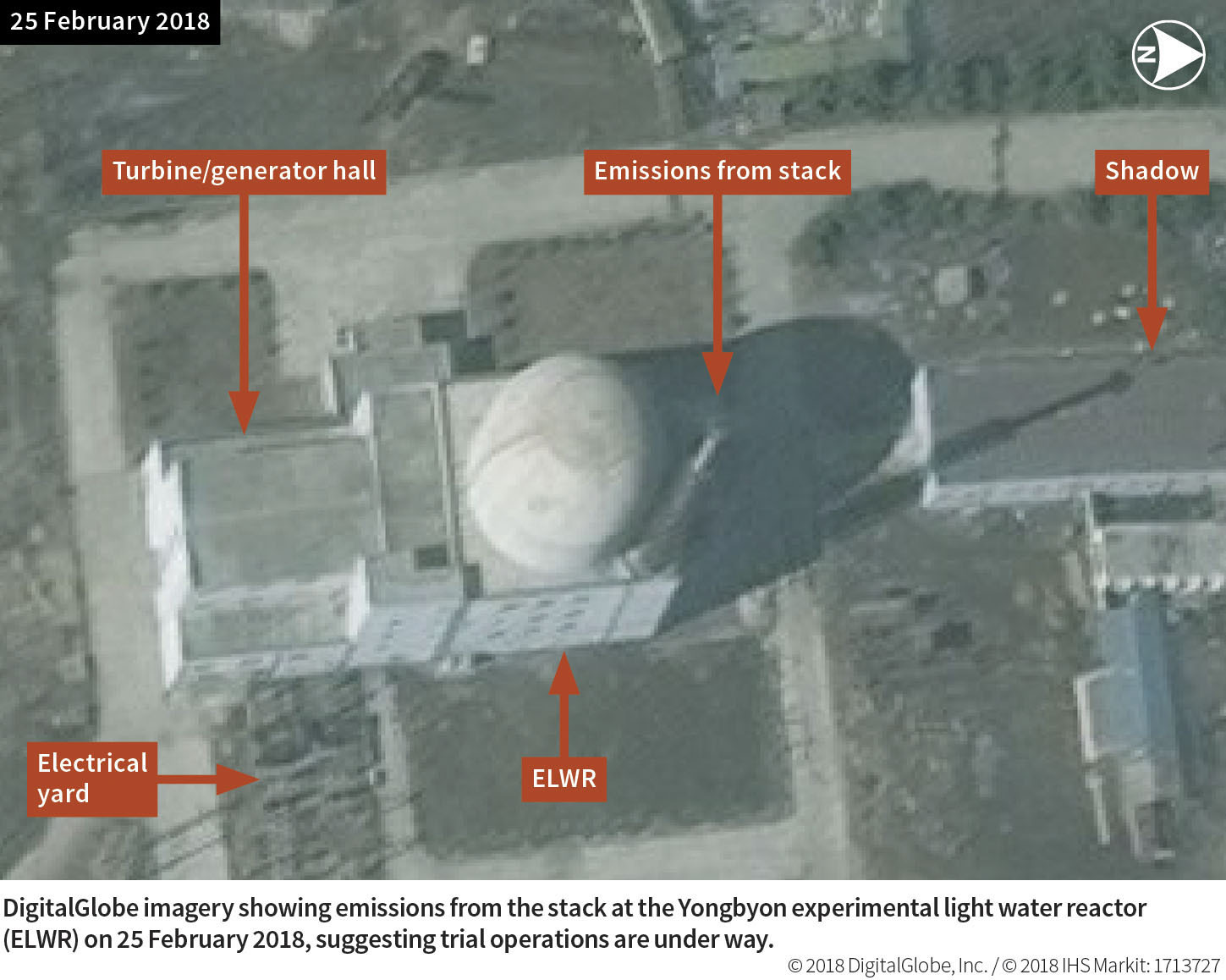 The Trump administration did not hesitate to accept the dictator’s unsolicited invitation. Claiming political victory, President Trump championed his policy of economic warfare against the world’s last Stalinist regime. “The president has made it clear, companies that help fund North Korea‘s nuclear ambition will not do business with the United States” Treasury Secretary Steven Mnuchin said in a February statement.

Many have voiced concerns current sanctions on the rogue nation may cause famine and starvation for the 25 million citizens isolated in the secretive North. After famine killed an estimated 2.4 million North Korean citizens in the 90’s, the US, South Korea, Japan and China began providing 75% of North Koreas food and energy trade. Recent estimates suggest 70% of the population continues to be undernourished.

After recent sanctions, China now provides 90% of North Koreas food and Energy trade, according to the UN Security Council. 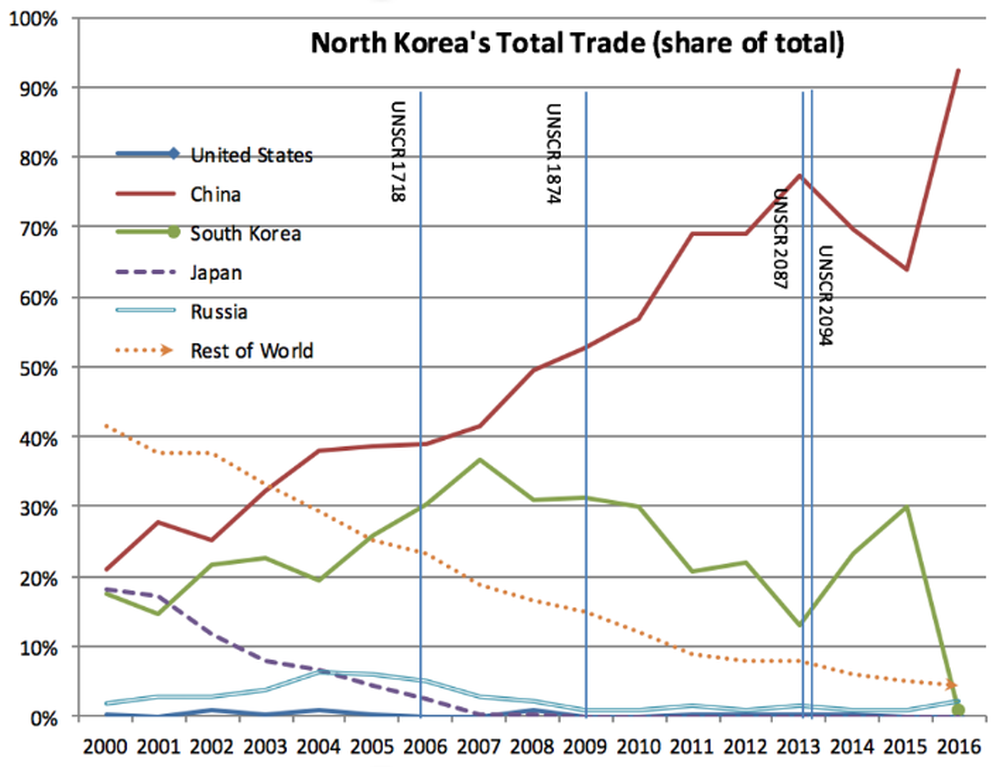 Before the diplomatic shift by the North’s Supreme Leader Kim, President Trump claimed a victory by convincing China to back UN Resolution 1718 and 2375. This was an unprecedented move by China against its US$ 8 billion trading partner, North Korea.

The historic support of sanctions by China highlights recent strains in the China-North Korean relationship. However, China’s conflicted policy may have reached a turning point as the rebel leader tested nuclear weapons close to the Chinese boarder, sparking tensions and causing riots in the country.

Threat of conflict on the Korean Peninsula and uncertainty of the American role in the region has caused East Asian countries to quietly build-up their own capabilities. Many South Korean citizens support a homegrown nuclear weapons program and want the capability to provide their own security. Japan is working towards a larger alliance with India, Australia and is challenging the limits on its military capabilities imposed by Article 9 of its constitution.

The goal of talks with North Korea has always been the complete dismantling of its Nuclear Program. The U.S. has made it clear in the past, disarmament is required for future talks. However, in a 2017 meeting with Steve Bannon, he hinted the US “might consider a deal in which China got North Korea to freeze its nuclear buildup with verifiable inspections and the United States removed its troops from the peninsula”.

Accepting a nuclearized rogue state to the short list of nuclear powers is not an option. Even if North Korea didn’t launch a devastating nuclear strike, it has already proliferated its nuclear program beyond its borders. According to the CIA, the North Korean Regime secretly worked with Syria and Iran to exchange nuclear technology. Israel reacted to the building of a nuclear weapons plant in Syria by destroying its reactor in 2007. If Kim decided to work with terrorists, the results would be catastrophic.

Brandon Roth was a participant at BEF 2017

The Status of Jerusalem